Have You Seen the New Jumanji Official Trailer Yet?

The first official trailer has been released by Sony Pictures for the New Jumanji Movie called The Next level….. Watch here now, as it hints of a major plot twist for the famous four heroes

“Everything you know about Jumanji is about to change” is exactly how Sony Pictures has titled this first trailer tease to the New Jumanji Movie.

However, there are some new faces as well including Crazy Rich Asians breakout Awkwafina and the funny screen veterans Danny DeVito and Danny Glover.

The trailer starts with Spencer fixing the Jumanji video game and then returning to the game. Followed by his friends, they find themselves on an epic adventure being chased by masses of baboons, climbing snowy mountains and escaping loads of ostriches in the dessert as they try to once again escape the world’s most dangerous game.

The big twist seen in the trailer is that Danny Glover and Danny DeVito take the place of Hart and Johnson’s game avatars, which makes for some hilarious moments.

It looks fab and we can’t wait to watch it, but we will have to as Jumanji The Next Level is due to hit the cinema screens in the UK on the 13th December 2019 just in time for Christmas

Some Robinsons Fruit Shoots have been recalled due to faulty packaging, read more about which as affected

Fancy a bit of fun in the Kitchen Baking with the Kids, Check out our Feeding the Family Section for some of our Favourite Family Recipes

Don’t be stuck for What to Do this with your Family, Check out our Handy Whats On Page to Find Family Friendly Events in West Wales 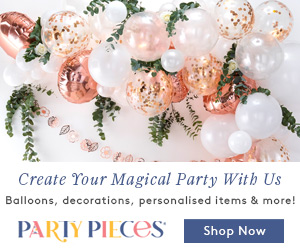